This weekend, the summer holidays will begin in some Swiss cantons, marking the start of peak travel season at Zurich Airport. We have sufficient numbers of staff to be able to handle the expected volume of flights. Passengers can also do their bit to help the airport experience run smoothly.

School holidays mean peak season at Zurich Airport, and the summer holidays are no exception. This summer, the most popular destinations served by Zurich Airport include various places in Spain, the USA, Germany, Italy, the United Kingdom, Turkey, Greece and Portugal.

On several days over the coming weeks, between 80,000 and 90,000 passengers will be flying in and out of “Switzerland’s gateway to the world”. We generally have enough staff available at Zurich Airport. Events such as delays caused by staff shortages at foreign airports or air traffic control across Europe will also have knock-on effects on Zurich Airport. However, Flughafen Zürich AG and its partner companies are working flat out to minimise these effects.

As usual during peak season, travellers are advised to leave enough time for their journey and arrive at the airport up to three hours before their flight's departure time. At certain peak times, passenger volumes at Zurich Airport are reaching pre-Covid numbers. Longer waits can be expected at times. 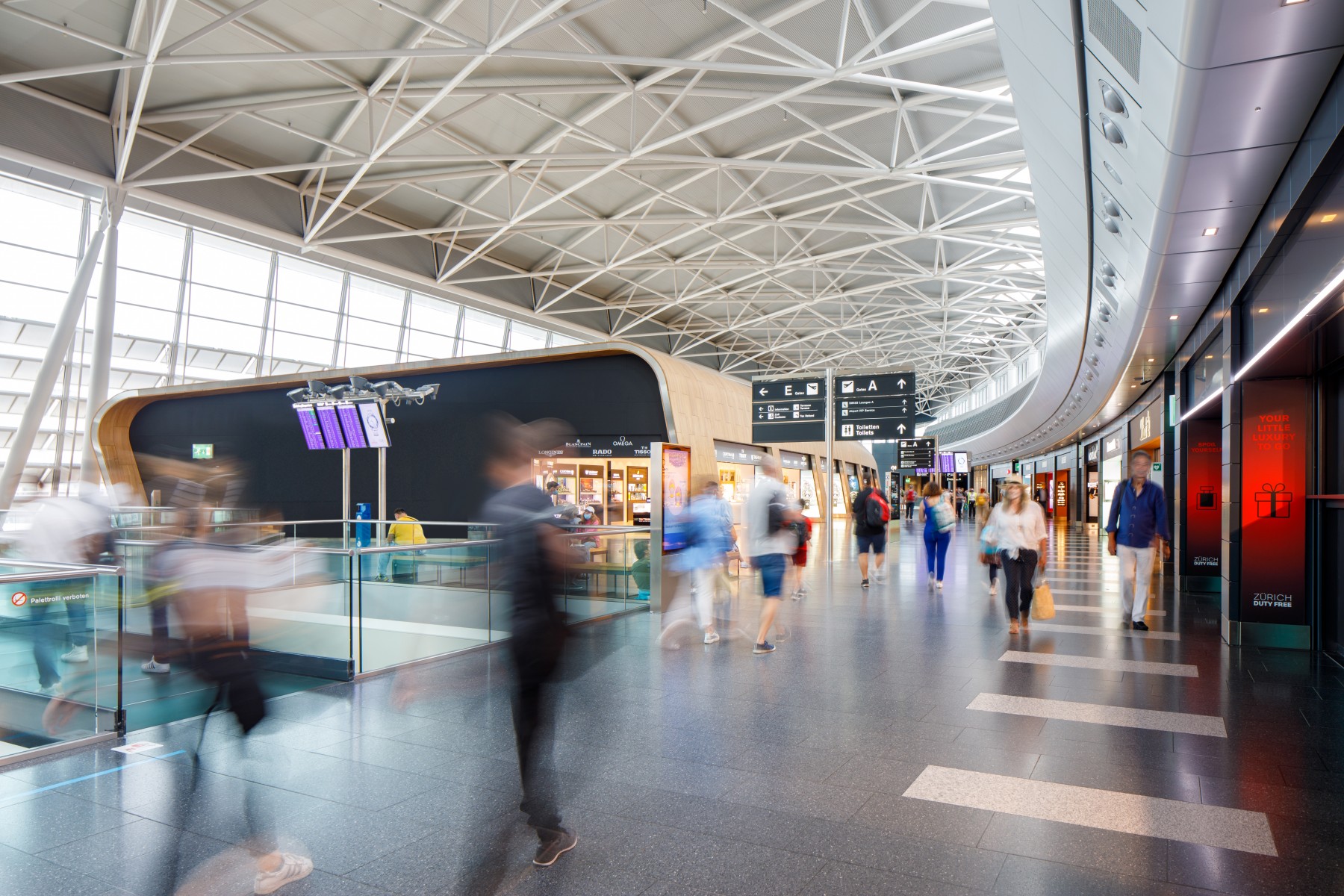 Passengers can help to shorten pre-departure waiting times at Zurich Airport by informing themselves of the conditions in force at their destination and having the required documents ready at check-in. Other useful tips: upload all necessary documents before leaving for the airport, check in the night before or online, and inform yourself about what you can and can't pack in your carry-on items and checked baggage.
>Security check

Since spring this year, 20 self-bag-drop machines have been available in Check-in 3 and 2 for customers travelling with the Lufthansa Group. Please note: passengers must already be checked in beforehand. Travelling with as little hand luggage as possible also helps security checks run more smoothly. Plus, various services are available that will collect your baggage from your home and take it to the airport for you.
>Baggage services