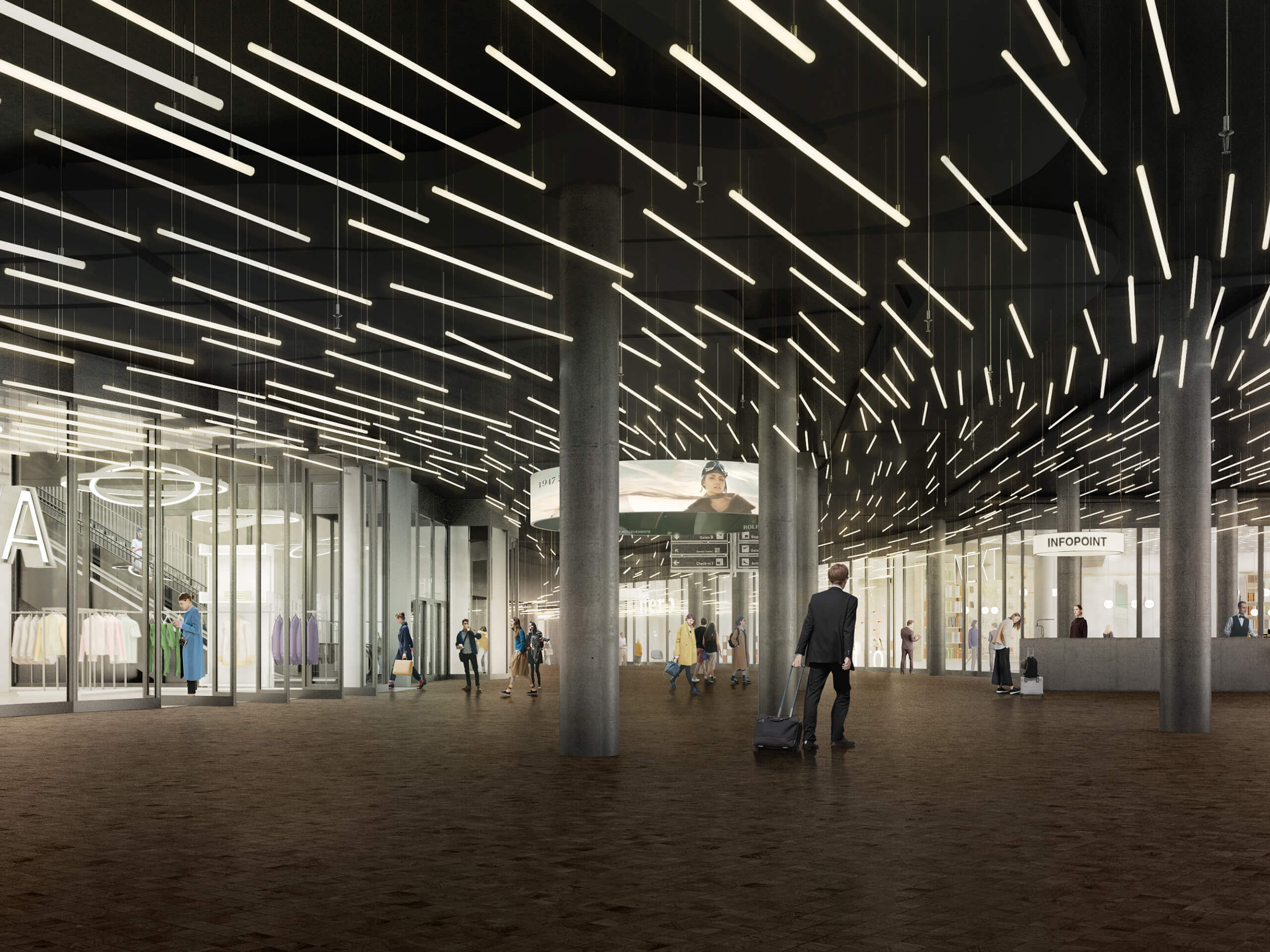 The northern part of Airport Shopping at Zurich Airport will be completely renewed.

In order to serve the needs of the steadily growing numbers of passengers and commuters in the landside Airport Center in future, Flughafen Zürich AG intends to radically upgrade the northern part of the Airport Center.

The expansion of the landside passenger areas will create adequate space for the growing number of people and eliminate existing bottlenecks. The project comprises redesigning the passenger zones on Levels G0 and G1 in the northern part of the Airport Center. The redesign will generate a qualitative and quantitative improvement for all users (passengers, commuters and shoppers) as regards routes from and to trains, buses, car parks, and terminals 1 and 2 and the new centre “The Circle at Zurich Airport".

The shopping and dining facilities along these newly developed routes will be expanded to include many attractive stores and new dining zones. At the same time the new centre “The Circle at Zurich Airport”, currently under construction, will be linked to the Airport Center via an underground passage. Deliveries will also be reorganised. Delivery vehicles will be routed directly from Flughafenstrasse via a new underground delivery channel, thus taking pressure off the curbside lanes.

On the main G0 level of the current Airport Center, the bottleneck in the gateway to Check-in 1 and Arrival 1 will be eliminated, and a spacious and attractive shopping zone will be created. The entire retail space of the Airport Center will thus be increased by a total of 60%. On the bus yard level, a light hall will be built in the current space between car parks P1 and P2. The food hall will offer a varied range of culinary specialities from many different countries, inviting passengers and visitors to linger. At the intersection of the new route network a distinctive hub will be created in the middle of the landside transport centre.

The project harks back to the project competition put out to tender in 2014. The project is currently in the planning phase. Construction is set to start in 2020. The expansion plans, scheduled for completion in 2024, will be carried out during operations and will comprise several construction phases. 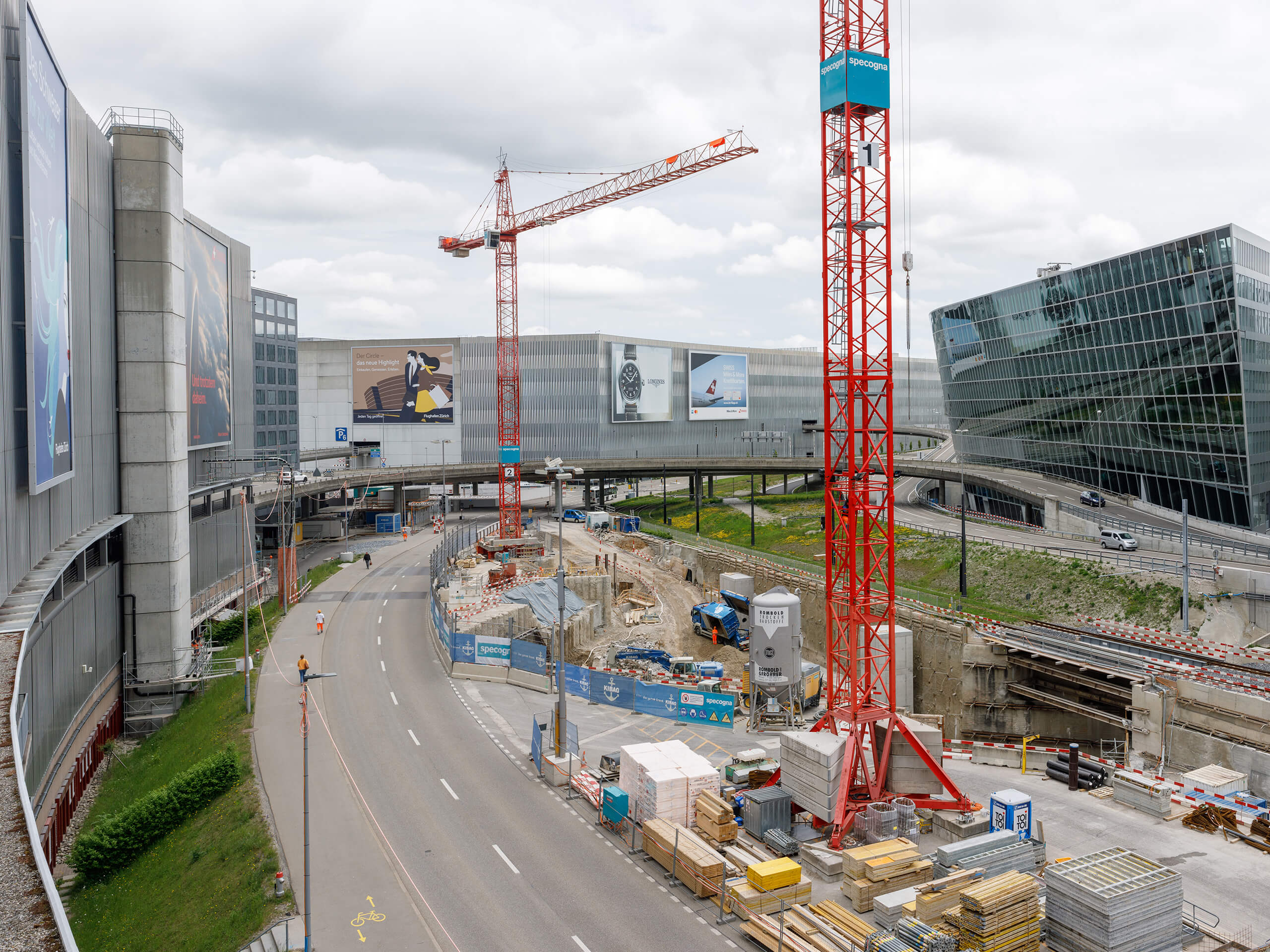