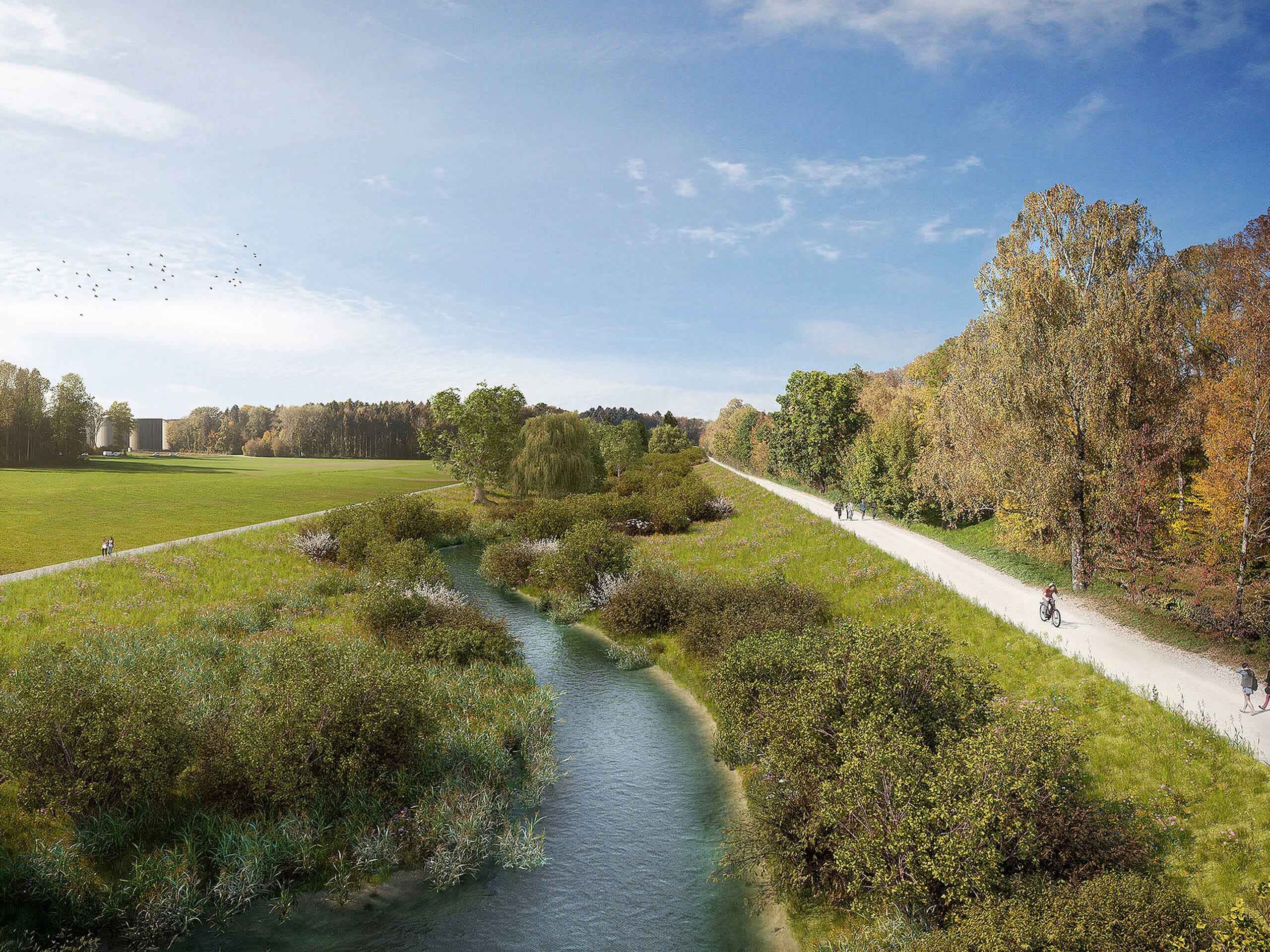 The section of the Glatt on the western side of Zurich Airport is to be regenerated.

Ecologically valuable habitats, local recreation and flood control: the regeneration of the Glatt on the western side of the airport presents big opportunities.

Between July 2012 and July 2014, the Canton of Zurich drafted the “Glatt Area Landscape Development Rümlang/Oberglatt”. In the spring of 2017, Flughafen Zürich AG returned to the planning work again, which had been put on hold, with the consent and involvement of the canton. Environment and nature conservation laws require Flughafen Zürich AG to create ecological compensation areas for the green spaces used for its construction projects. Instead of countless small projects, the regeneration of the Glatt will compensate for a number of current and future construction projects. Rather than small compensation projects, this enables a cohesive project which, as well as promoting nature conservation and species diversity, also conserves the landscape. The Glatt river basin will be transformed into a large and attractive recreational area for the general public.

To balance out the diverse and sometimes diverging interests at stake, local municipalities, landowners, land managers and associations were involved in developing the project. Numerous meetings took place to discuss specific aspects and the insights gained were incorporated in the project. The result was presented to all the parties involved at a concluding event held at the end of November 2018.

The regeneration of the Glatt river basin was developed as an overall concept and covers the whole section of the river alongside the airport, between Opfikon and Oberglatt. However, the planning application submitted by Flughafen Zürich AG to the Department of the Environment, Transport, Energy and Communications (DETEC) relates only to the southern section between Tolwäng and Fromatt. The planning application was available for public inspection between 13 March and 14 April 2019. The Planning approval is expected in 2021. The regeneration of the northern section will not be pursued until a political decision has been reached on a runway extension (Section C). The protected alluvial area (Section D) will be identified in the plans to be drawn up by the Canton of Zurich. 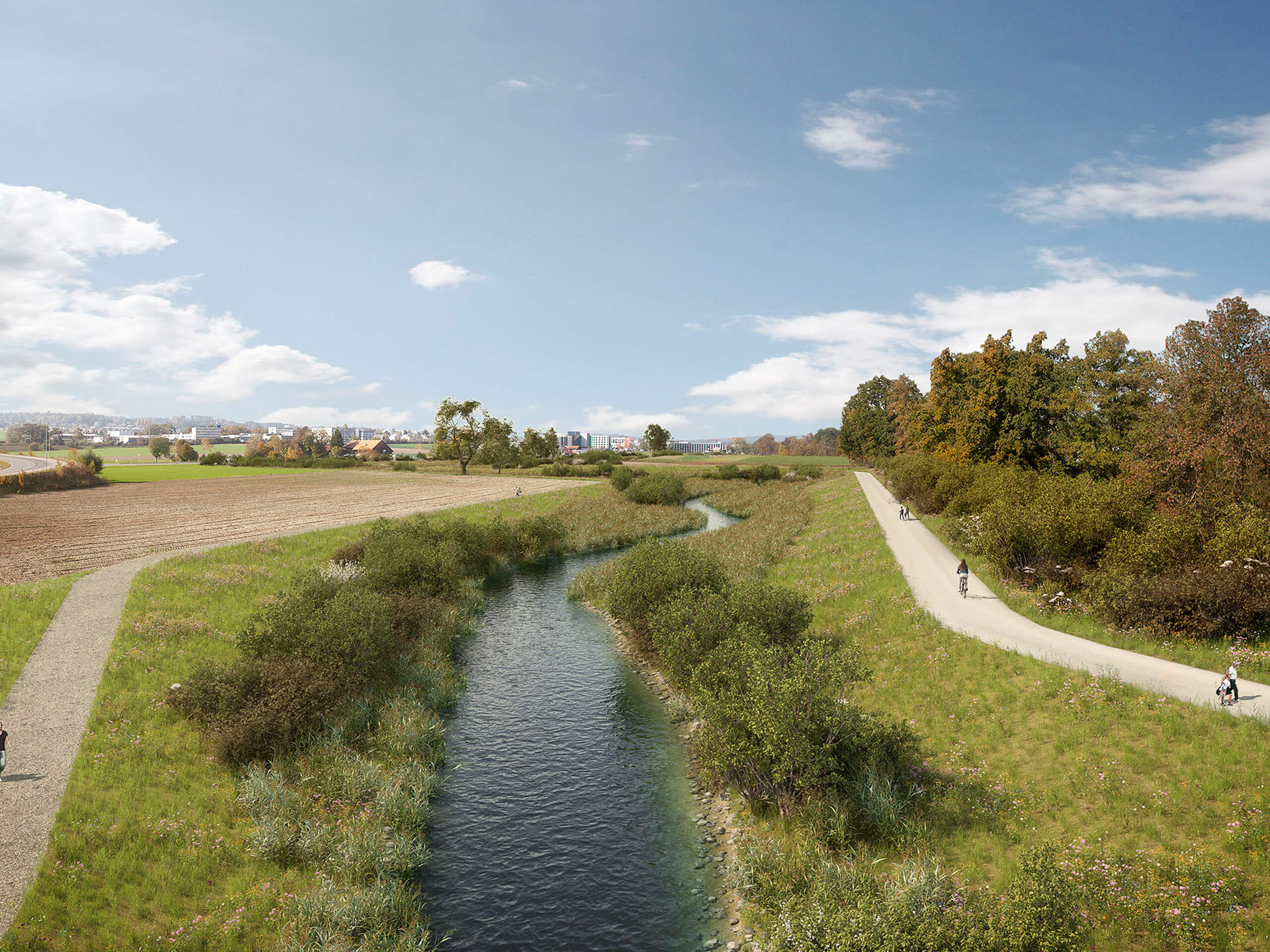