Music connects people - just like flying. Let us take you on a musical journey.

With a wide range of musical styles from numerous countries, the orchestra has been giving its audiences unforgettable concerts for 15 years. Founded in 2003, the Zurich Airport Orchestra has evolved into a cultural centrepiece of Zurich Airport and represents it internationally.

The orchestra regularly captivates its audience with celebrations to mark the opening of new flight connections or new stores, and for anniversaries, gatherings and receptions at Zurich Airport. These days it can also often be found outside of Zurich Airport and has already published several albums.

The Zurich Airport Orchestra introduces itself. 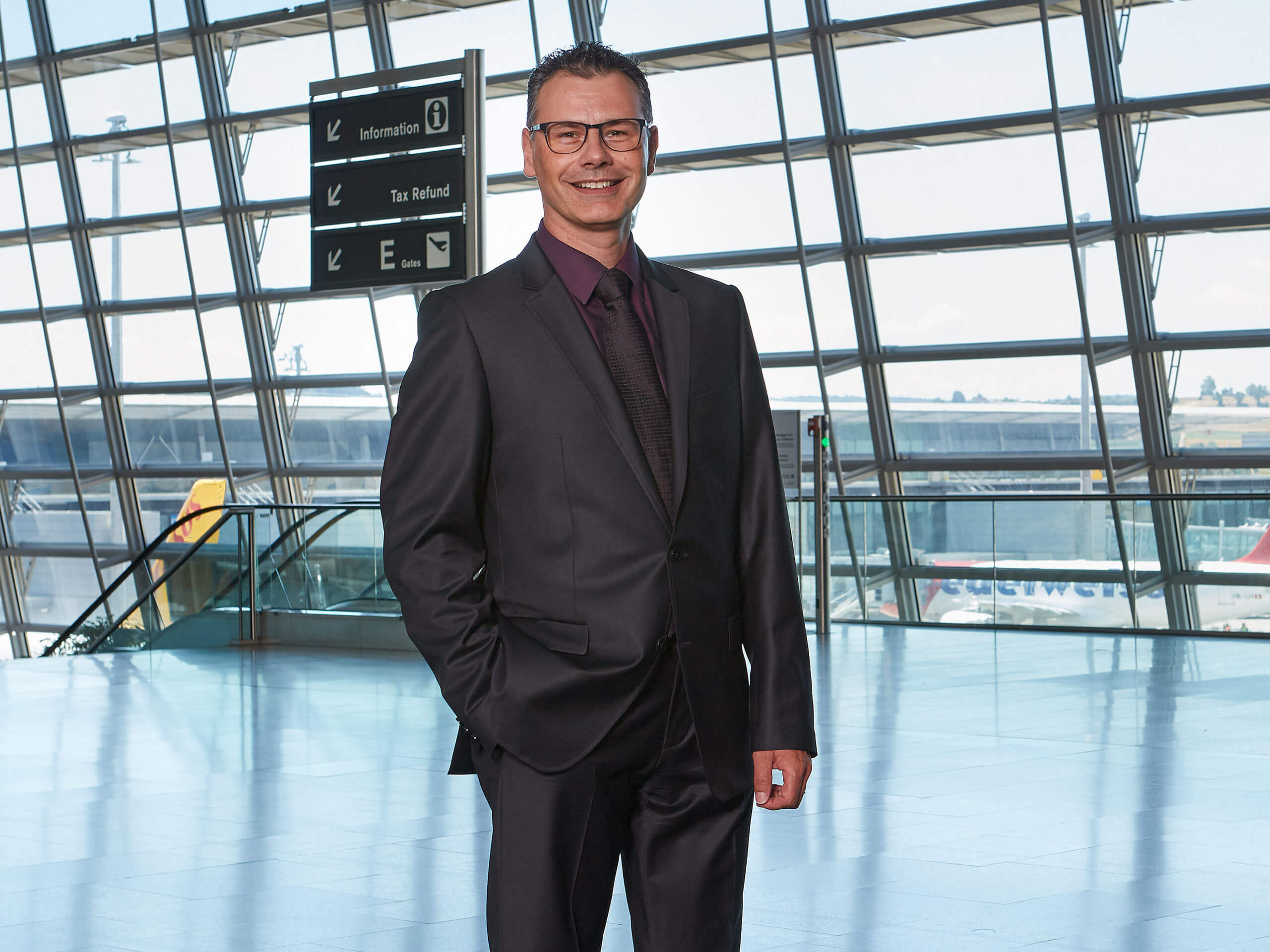 Sandro Oberholzer has been leading the Zurich Airport Orchestra since 2015. He completed his training as a percussionist in Paris and holds the "Supérieur d'excellence" (gold medal) diploma. He then studied arrangement and composition at the Schaffhausen Conservatory under Herman Schmidt and also trained as an audio engineer at the SAE (Zurich).

The Zurich Airport Orchestra consists of 25 unique musicians. It is made up of people from all walks of life – flight attendants, marketing specialists, managers, IT specialists, pilots, firefighters and technicians at Zurich Airport and its partner companies, as well as music-loving residents of the neighbouring communities. And this is what makes it so exciting: "Every musician brings their own individual musical style, which we combine into one cohesive whole. The result is a multi-faceted band that is always reinventing itself and inspiring its audience", says bandleader Sandro Oberholzer.

The orchestra's CDs can be purchased in the Zurich Airport Service Center and at the cash desk on the observation deck, as well as online.

Appearing as "Strings & Wings on Tour", the Zurich Airport Orchestra gave two concerts together with the "Zurich Virtuosi" chamber ensemble – comprising great soloists from around the world. We don't want you to miss out on the CD with live songs from the concerts. Come with us on this flight of musical fancy. Be inspired by the real passion for music. Enjoy first-class entertainment with works taken from classical music and jazz, well-known film melodies plus pop and Irish folk songs.

"Gonna Fly Now" is the third studio recording made by Zurich Airport Orchestra under its new conductor in 2017. In addition to a completely new layout, the orchestra also boasts quality and variety. The album "Gonna Fly Now" inspires listeners to soar to new musical heights.

The Sound of Zurich Airport

The orchestra's successful album entitled "The Sound of Zurich Airport" was recorded in 2009. It was produced under the baton of bandleader Andreas Kessler who set the style of the Big Band sound on this album for the first time.

Enjoy the Zurich Airport Orchestra at one of our concerts or hire us for your own event.

Our next concerts
Hire the Zurich Airport Orchestra

The Orchestra Team will be happy to help.