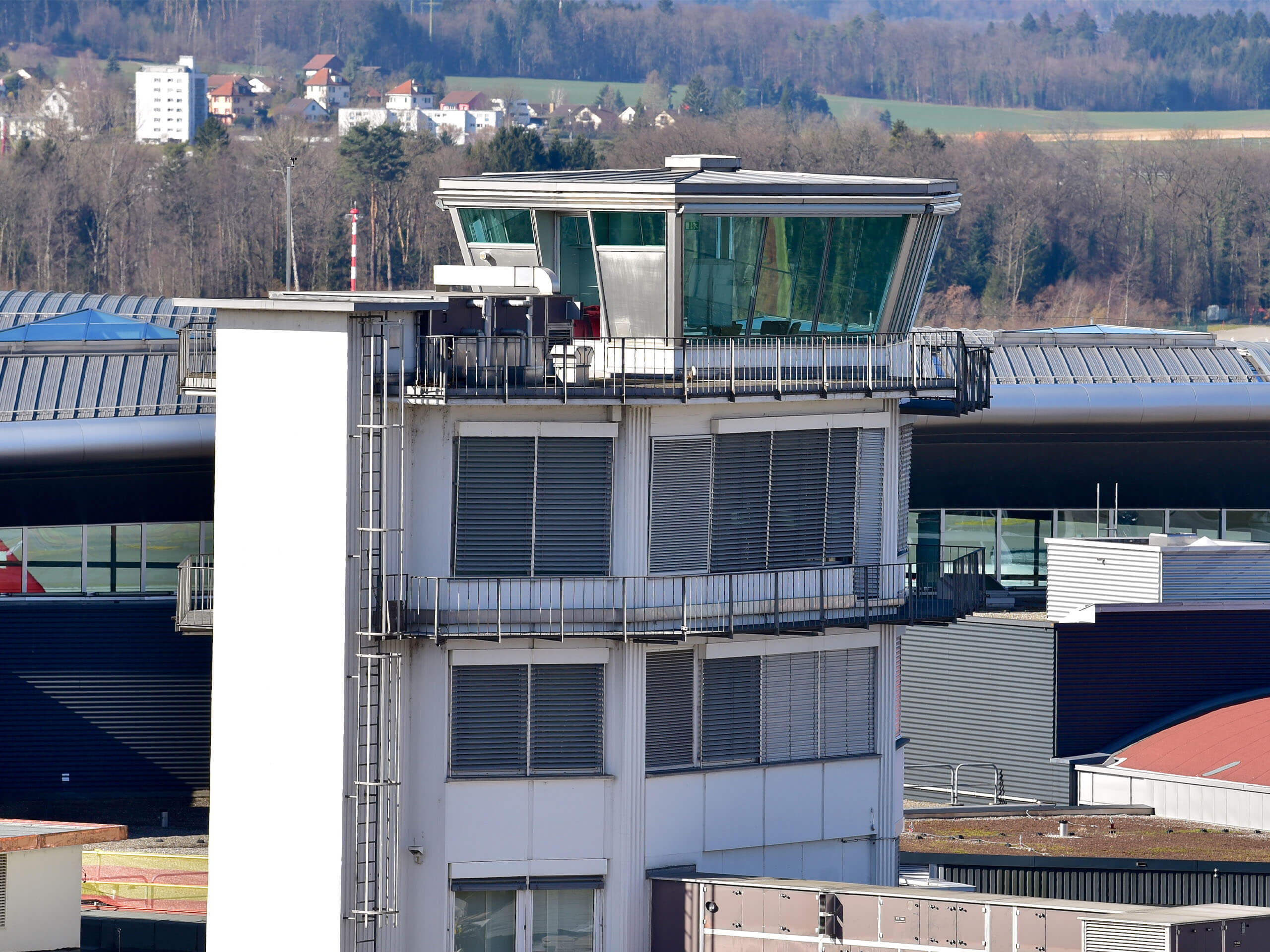 Through the eyes of a pilot: enjoy a guided tour of the airport, followed by dinner, in the company of an experienced airline captain.

Treat your group to an unforgettable experience. During this two-hour walking tour of the airport, followed by dinner in the historic control tower, listen to fascinating facts about an airline captain’s working life. The former captain will gladly answer all the questions you have always wanted to ask about life in the air.

Please write us an e-mail and provide us with the following information: 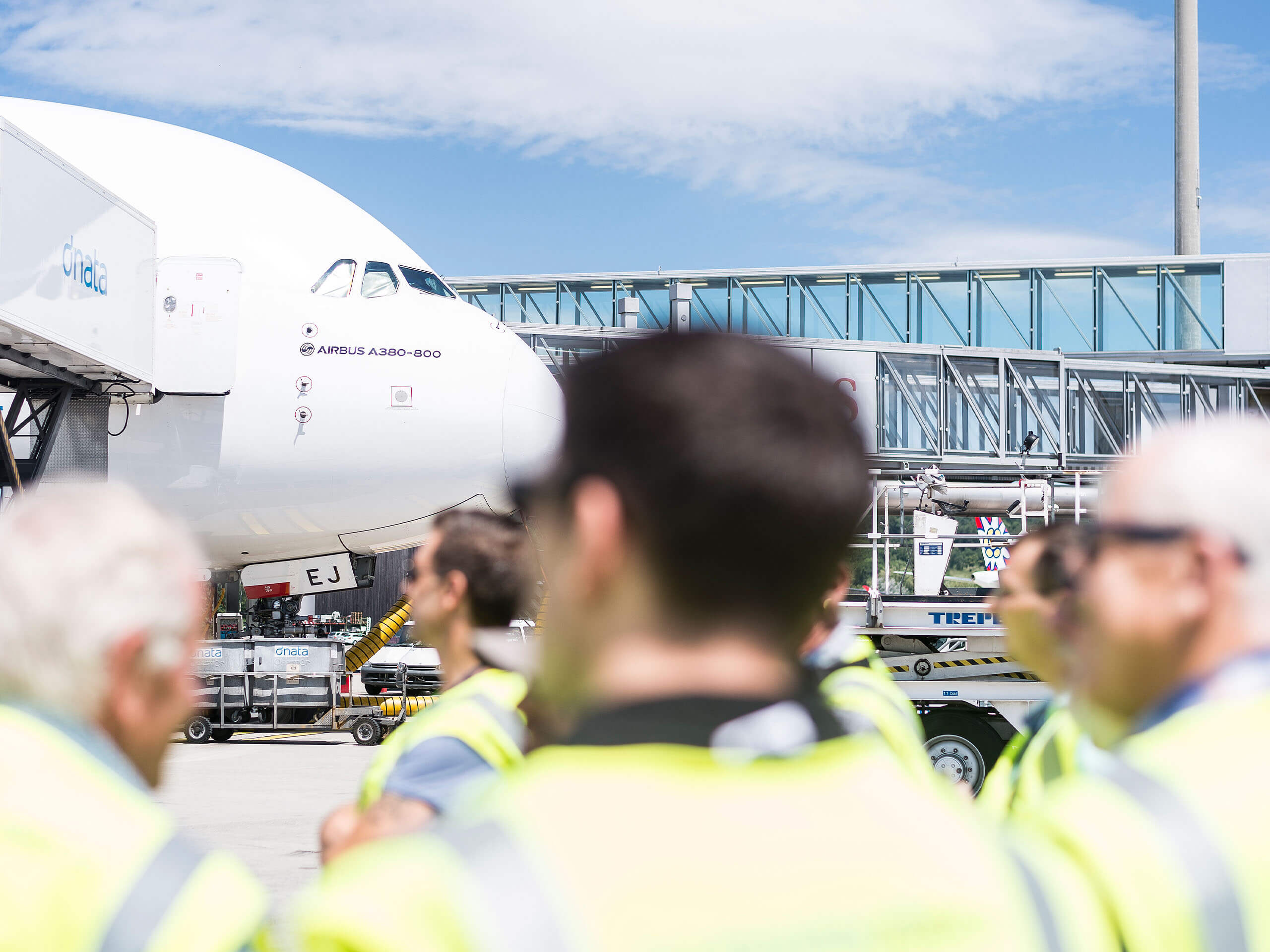 A basic fee will be charged for the tour, the use of the historic control tower and the captain. In addition, a menu and drinks package will be charged per participant. Due to space constraints in the tower, this tour is limited to a maximum of 13 guests.

The menu of the Captain's dinner is changed seasonally. A vegetarian option is available.

Details of the guided airport tour

Captain's Dinner at Zurich Airport
An exclusive tour to mark a special occasion. Combine a two-hour guided tour of the airport with an exclusive dinner in the historic control tower. A former airline captain accompanies the tour.
The tour of Zurich Airport starts at Arrival 2. On the way to the security check, participants are provided with interesting information about the airlines, airport signage and much more.
The group will pass through the security check to the Airside Center. This building is the passenger hub of the airport and was designed to resemble a wing. The large windows offer excellent views of the tarmac. The group can watch aircraft docking or being pushed back for departure. The tour then moves on to the Transit Hotel and through the airport's Prayer Room. The latter is open to visitors of all faiths and denominations. In this area of the airport, visitors can also see how the Schengen and non-Schengen zones are separated and the guide will explain the passenger processes involved.
Afterwards, the group will take the Skymetro to Dock E, where they enjoy excellent views of a range of aircraft and the fascinating procedures of docking and pushback. Depending on the time of day, visitors may also be able to observe planes taking off and landing. On some occasions, they may be able to pay a brief visit to the tarmac via a passenger bridge, to witness the procedures at close range. The tour continues with a visit to the baggage sorting system, where the luggage is prepared for a flight. The pieces of luggage are sorted according to their bar codes and transported to the correct vehicles at an impressive speed, on a conveyor belt of over 12 km in length.
The next stop is Observation Deck E, with views of the runways, the de-icing pad and the nature conservation area. Guests will again have the chance to watch planes taking off and landing and learn about the runway system in detail. The captain will then accompany the group back to the main airport complex on the Skymetro.
After the tour, dinner is served in the historic control tower, during which guests will hear some fascinating facts about the working life of an airline captain. The evening provides an opportunity for aviation enthusiasts to ask a captain as many questions as they like. The event lasts approximately 4 hours in total.
Dates upon request.
Captain’s Dinner
The tour group will visit the following:

Our Visitor Services & Events Team will be happy to help you.